The ‘V’ is a symbol of heart, hope and solidarity towards our united Victory in the fight against the greater flow-on effects of COVID-19 across Australia and beyond.

Wear and share a symbol of heart and hope with our unique range of Prints and Merchandise.

From 21 December 2020, we will be splitting the proceeds from the profits made from the sale of any ‘V for Victori-a’ prints and merchandise, with 50% to be donated back into a selection of organisations and projects helping tackle the greater flow on effects of COVID-19 across our greater community. And with the remaining 50% to continue help us fund and share this project.

Go to the Merchandise Range

Please note,  we have two separate online stores: One for our posters and prints and one for our apparel range of merchandise.

The apparel range of merchandise is printed “on demand” and sent directly from some legends in Queensland, with the prints and posters coming from our studio on the Mornington Peninsula. 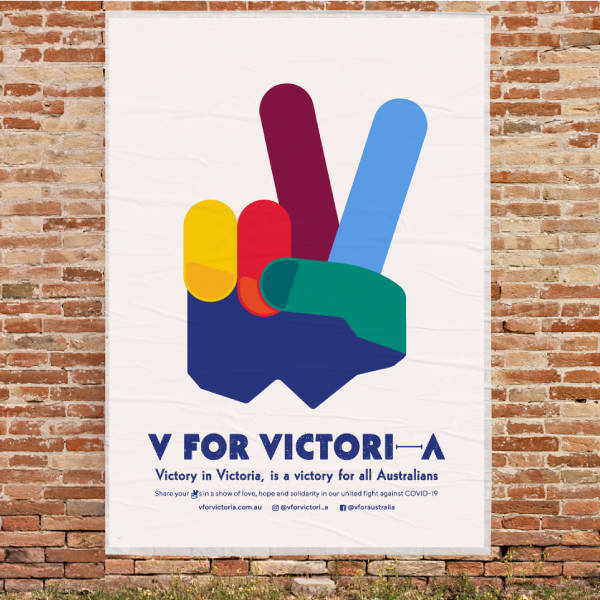 Support the Spread of this Positive Message

Help us spread this positive message across the country, by making a donation to our Go Fund Me page.

So far, contributions made towards our campaign have gone into financing the printing and distribution of Street Posters across Melbourne, Sydney, Brisbane, Adelaide and Regional / Rural towns across the country.

And with your kind generosity we can continue to share and spread this positive message far and wide! 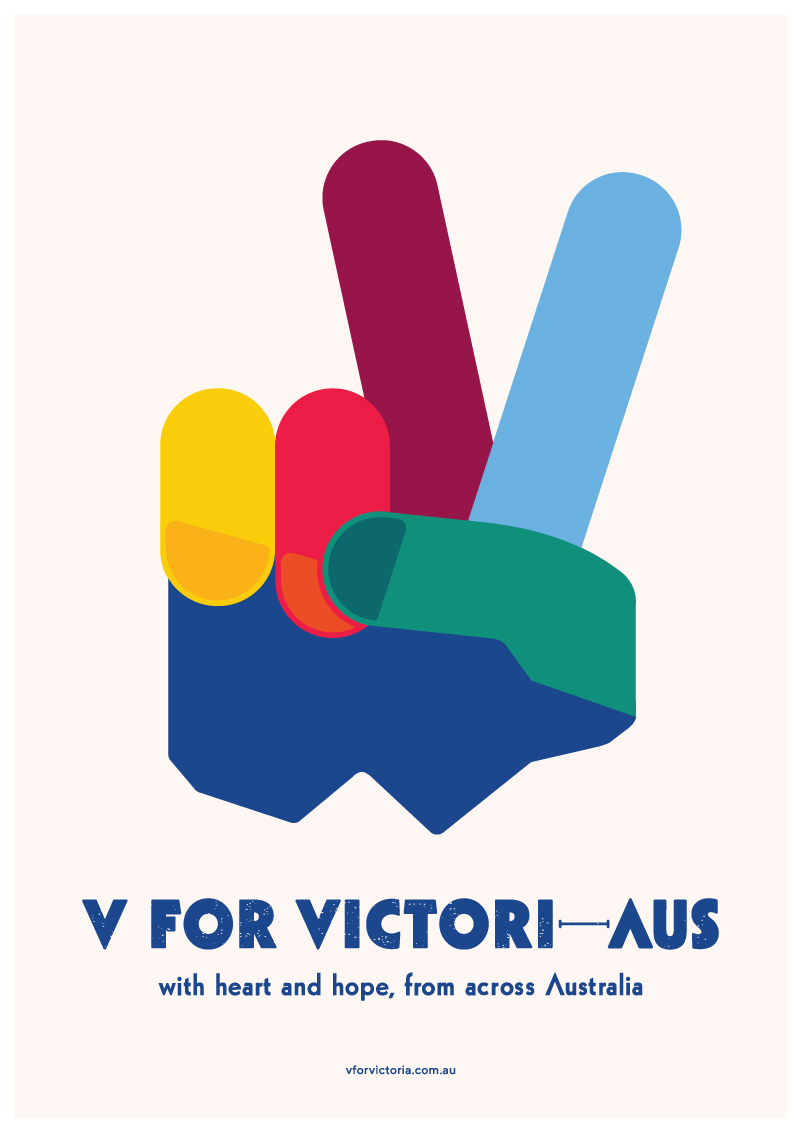 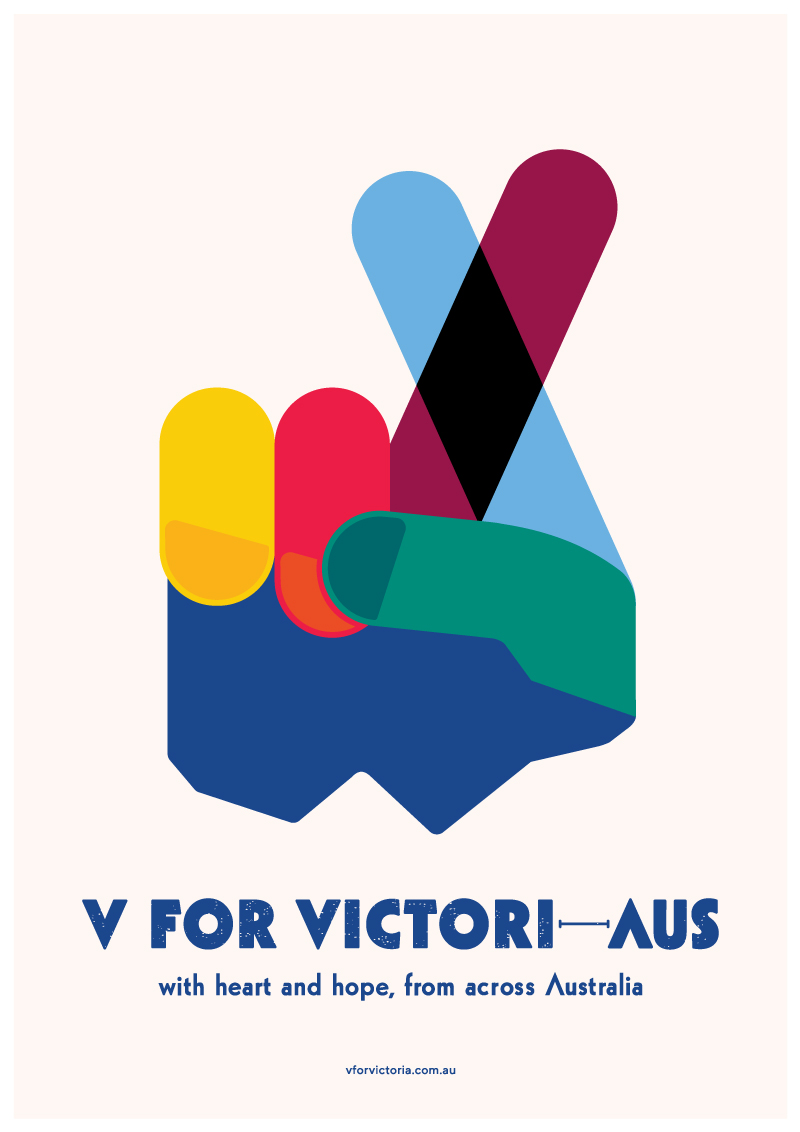 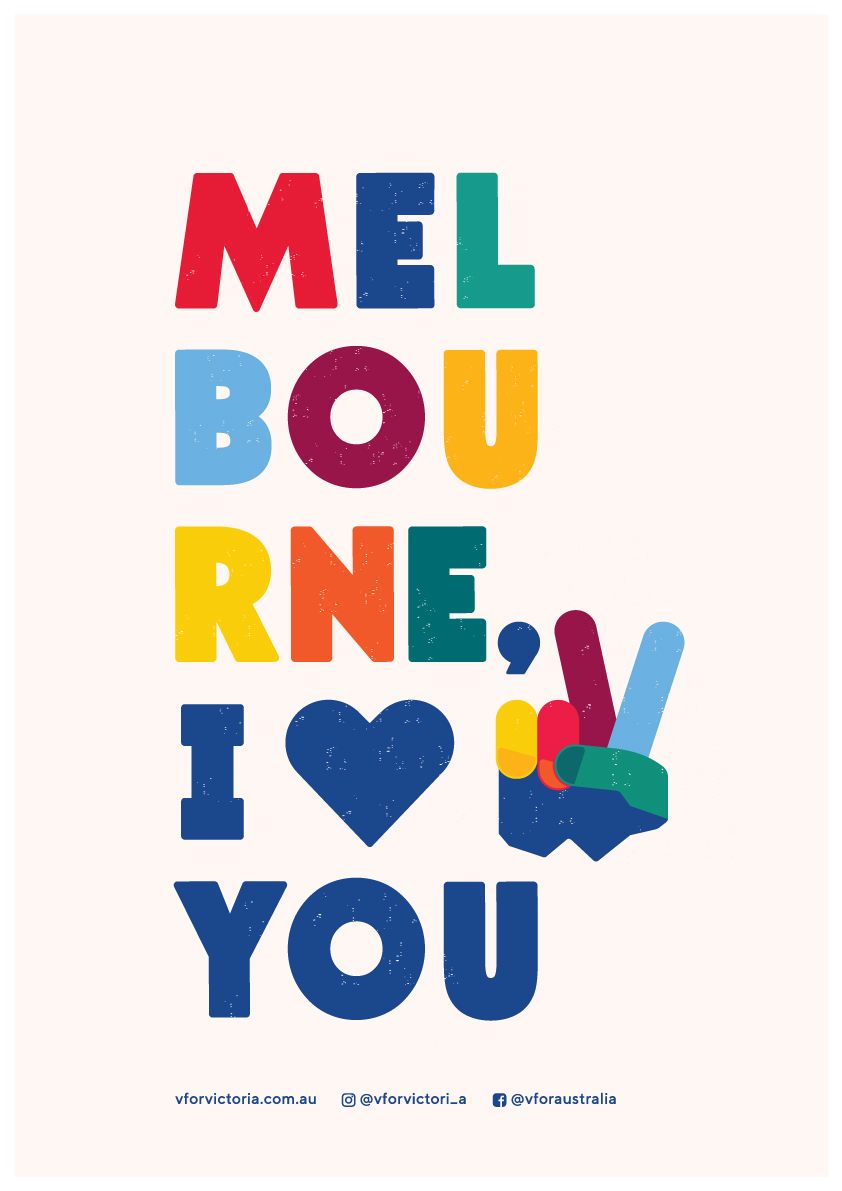 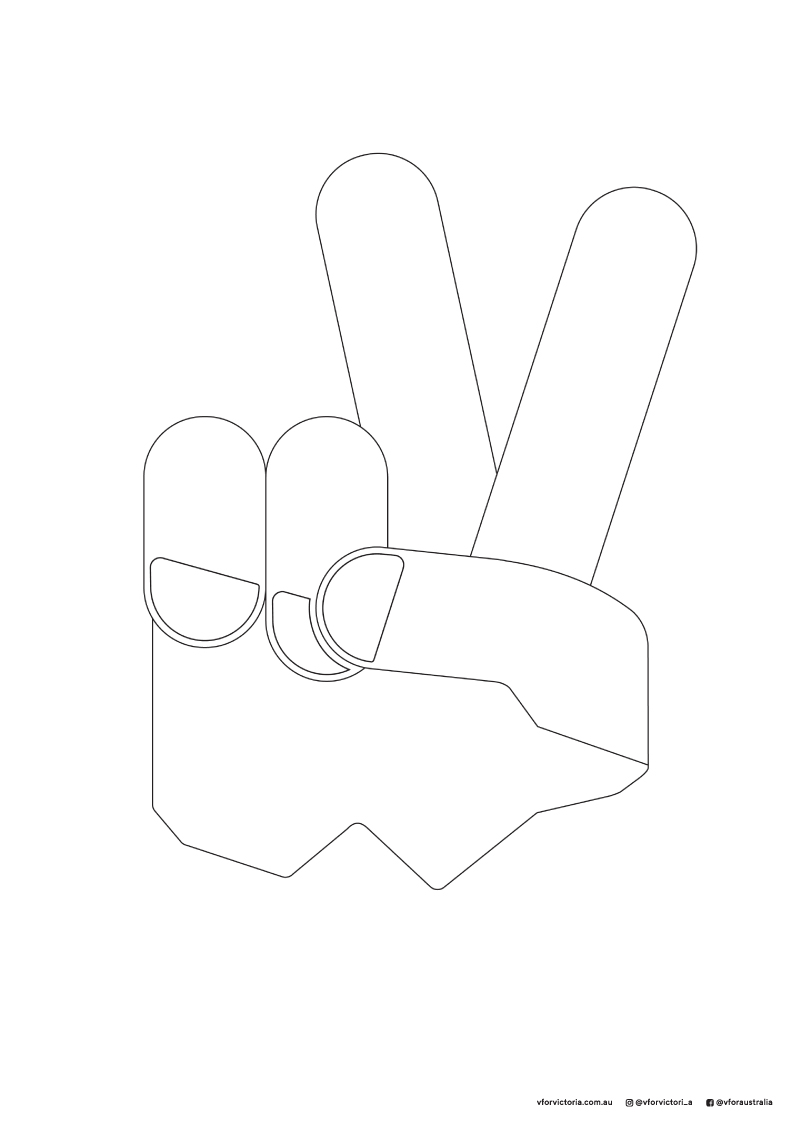 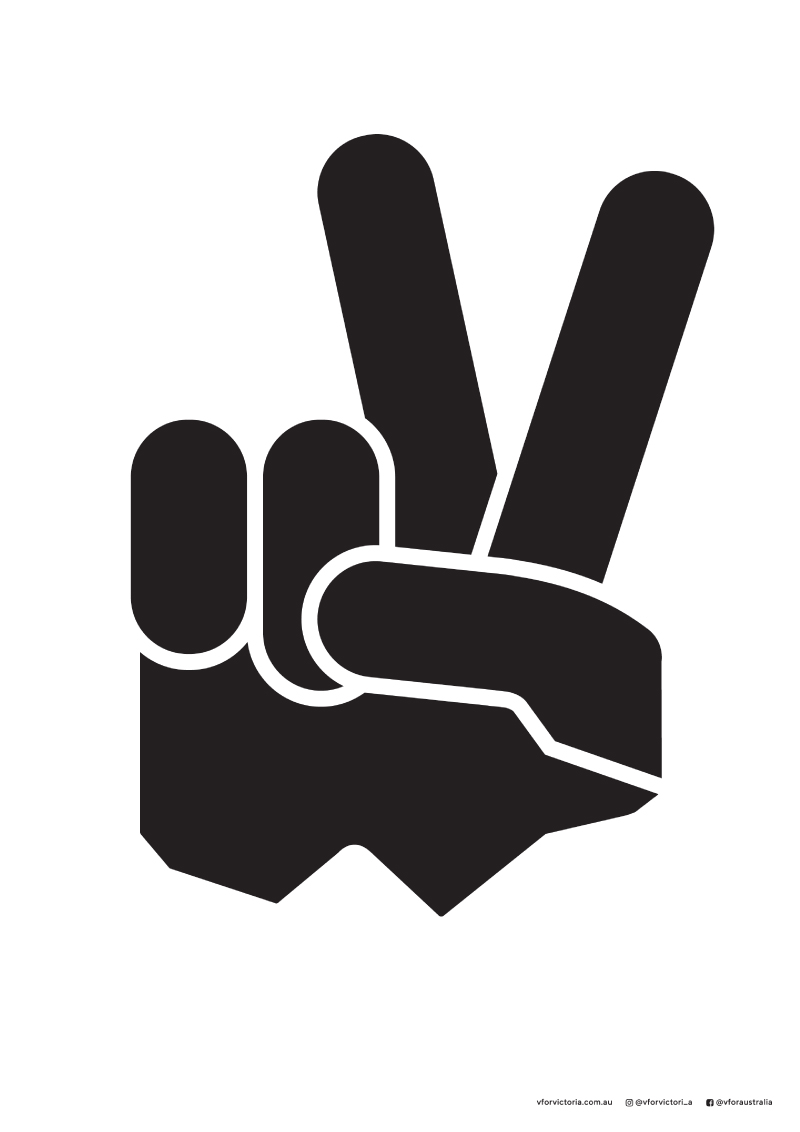 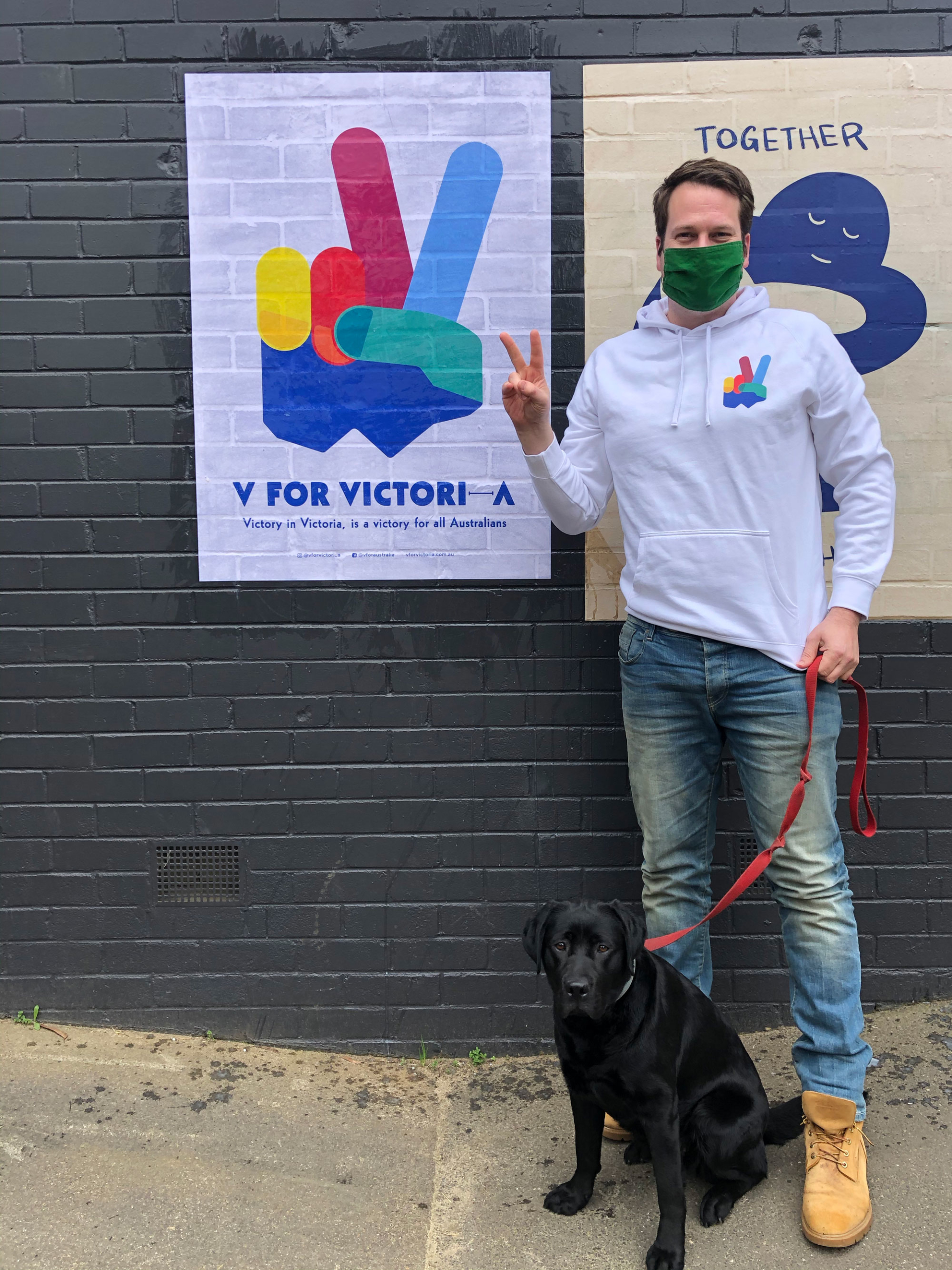 The ‘V for Victori’  campaign was created by artist and designer, Charlie Ryan, in August 2020.

The project was initially developed as a direct response to the second and more severe COVID-19 lockdown restrictions imposed on the people of Victoria and the ongoing closures of state and territory borders across Australia.

The creation of ‘V for Victori (Victori-a, Victori-aus)’, which up-cycled the original Winston Churchill ‘V for Victory’ (and peace symbol of the sixties and seventies) was repurposed to represent our united fight for victory against COVID-19 and its greater flow-on effects in our communities across Victoria, Australia and beyond.

“It’s something to remind us that we’re not alone, but all in this together. With a safe, simple and unifying hand gesture we can send a message of heart and hope across Victoria, Australia and beyond.” — @bycharlieryan

For all general enquiries please get in touch with us by email: studio@fivecreative.com.au

For any Media Enquiries, please get in touch with Kathy Lane:

Ready to start a new project?

Our entrance is at the rear of the building, via Forster Street.
We made a Map in case you get lost.